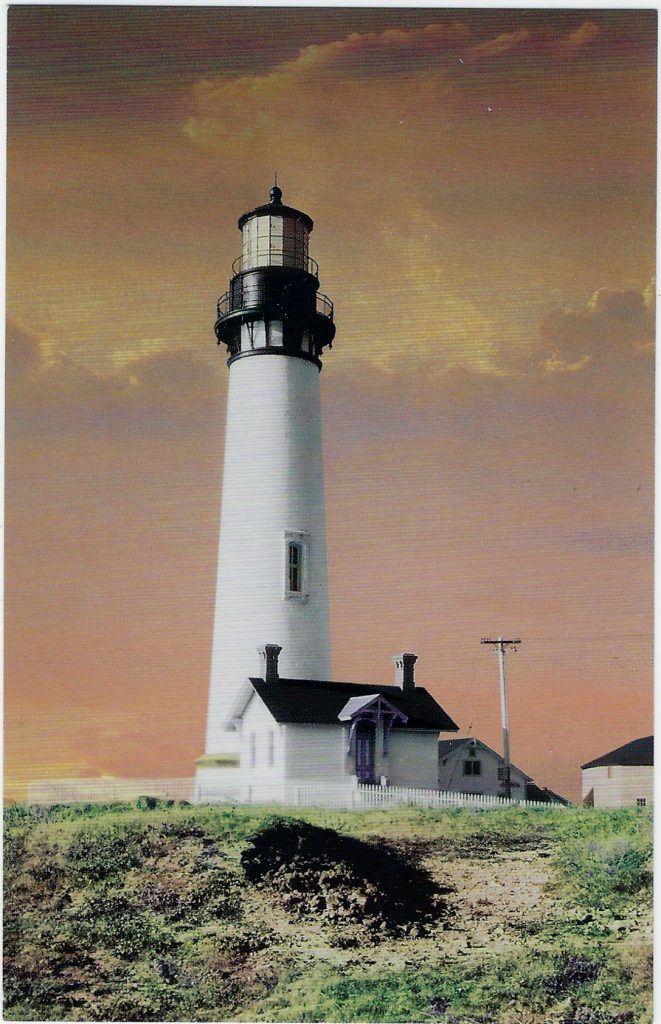 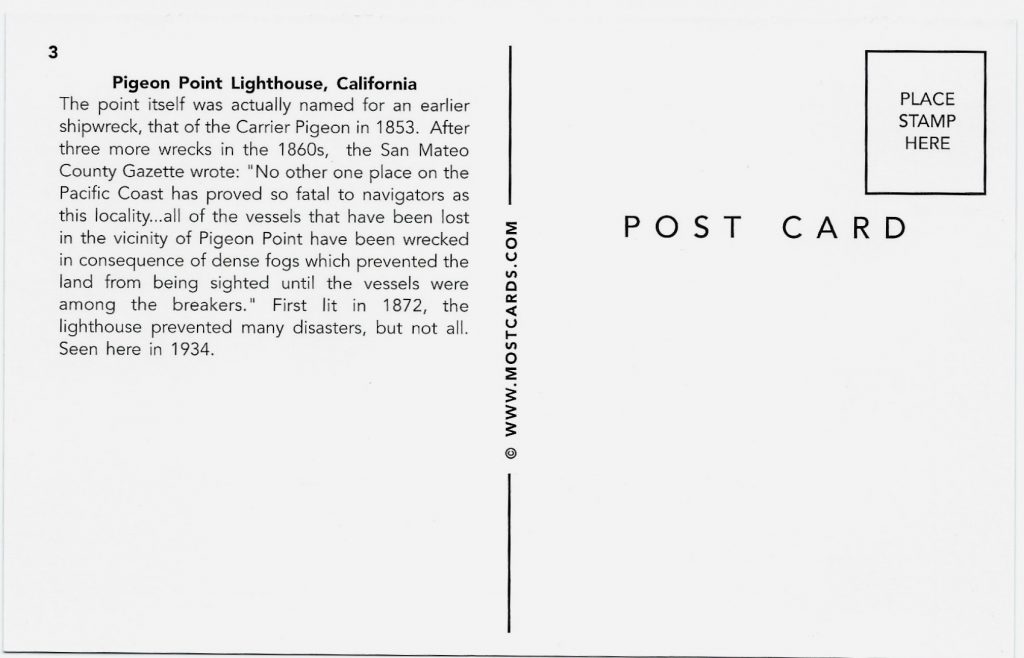 CAPTION: The point itself was actually named for an earlier shipwreck, that of the Carrier Pigeon in 1853.  After three more wrecks in the 1860’s the San Mateo County Gazette wrote: “No other one place on the Pacific Coast has proved so fatal to navigators as this locality … all of the vessels that have been lost in the vicinity of Pigeon Point have been wrecked in consequence of dense fogs which prevented the land from being sighted until the vessels were among the breakers.”  First lit in 1872, the lighthouse prevented many disasters, but not all.  Seen here in 1934.
POSTCARD ID: 3
PUBLISHER: www.mostcards.com
POSTMARK: None, Not Used Postally.