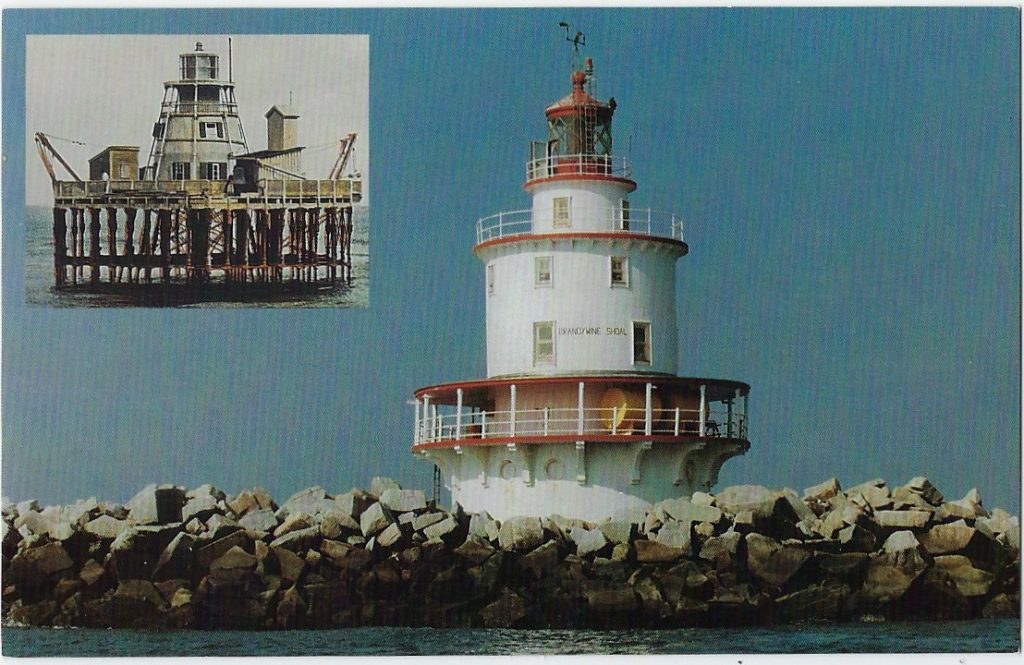 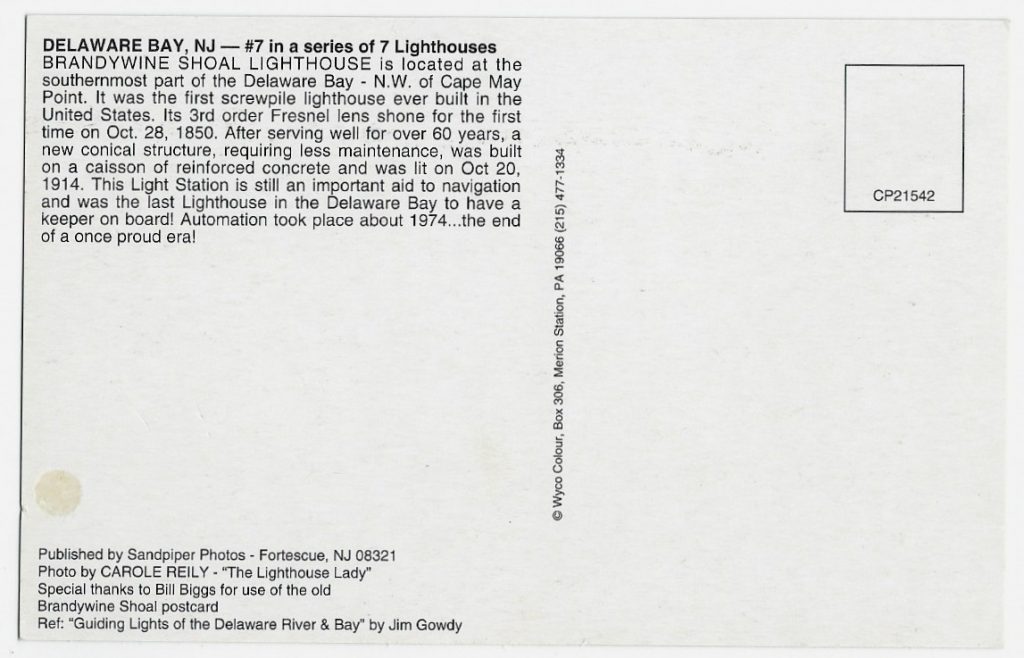 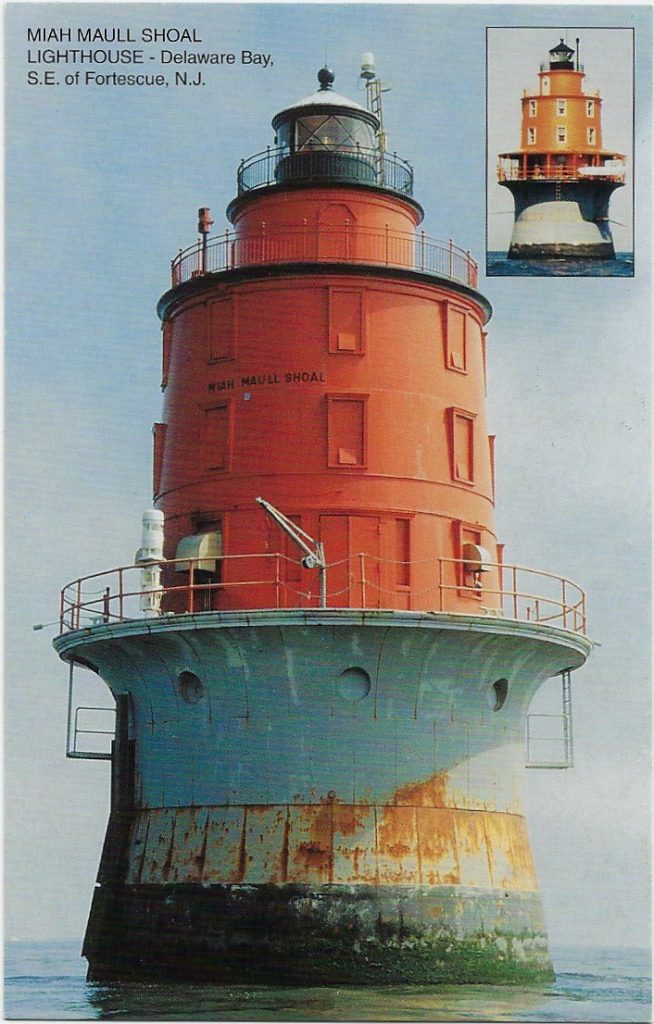 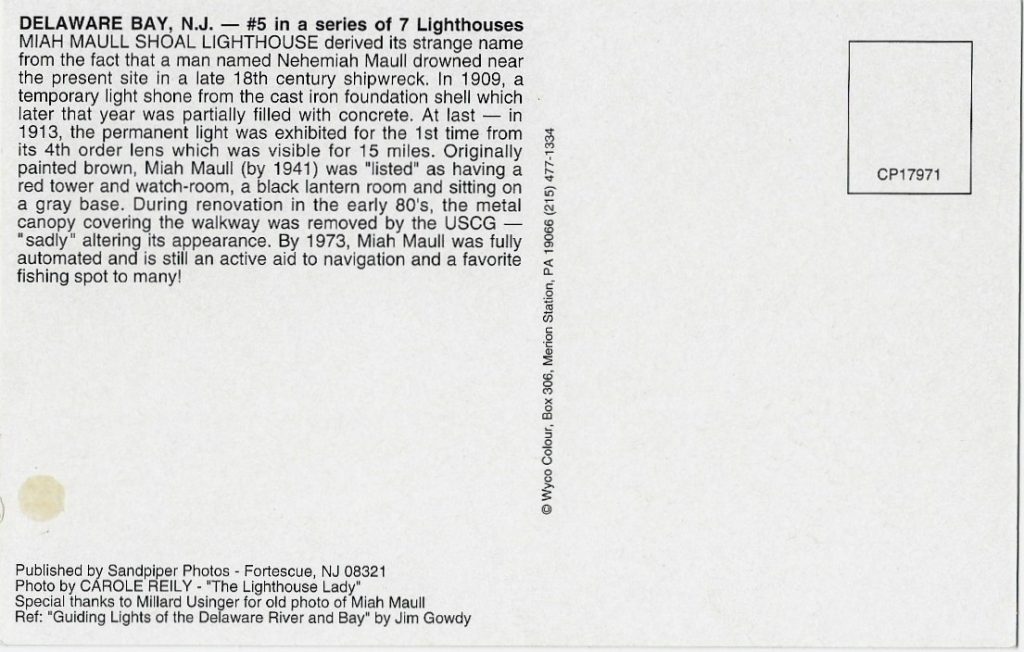 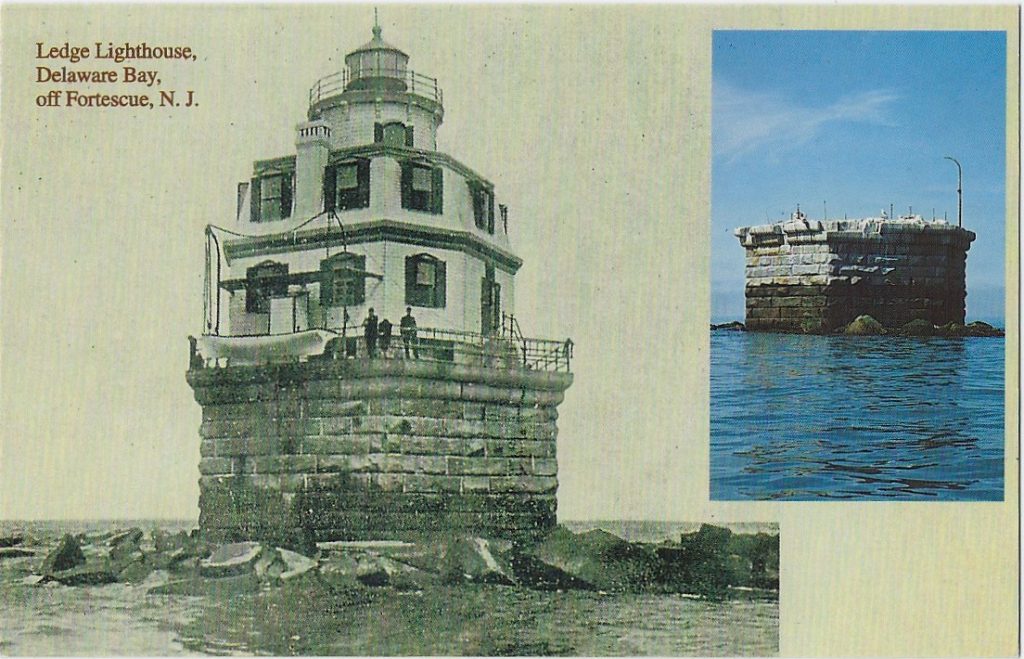 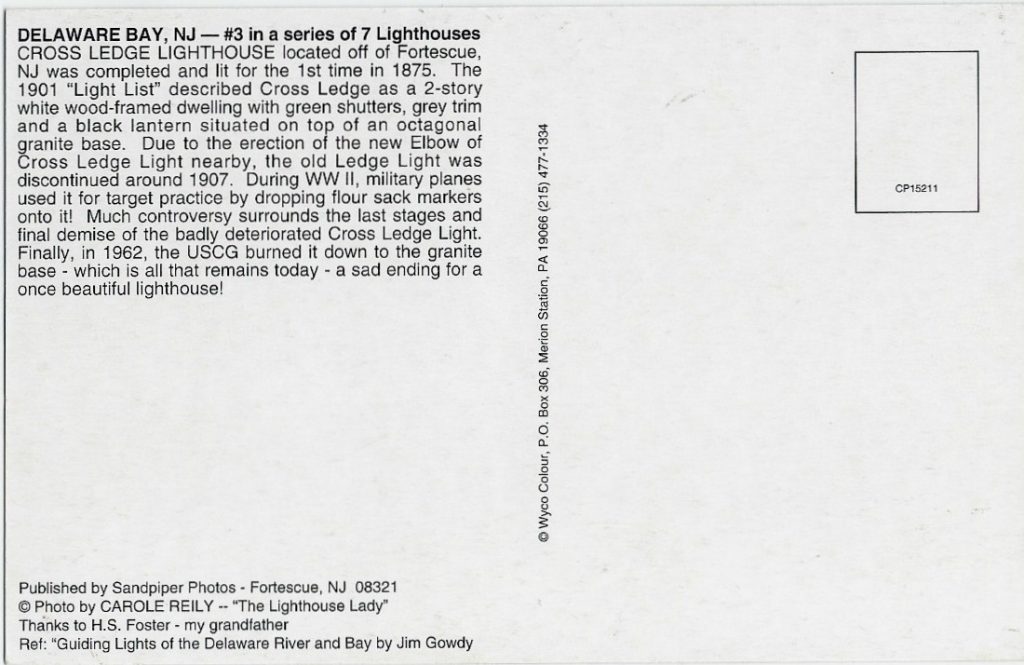 CAPTION:  CROSS LEDGE LIGHTHOUS located off of Fortescue, NJ, was completed and lit for the 1st time in 1875.  The 1901 “Light List” described Cross Ledge as a 20story white wood-framed dwelling with green shutters, grey trim and a black lantern situated on top of an octagonal granite base.  Due to the erection of the new Elbow of Cross Ledge Light nearby, the old Ledge Light was discontinued around 1907.  During WWII, military planes used it for target practice by dropping flour sack markers onto it!  Much controversy surrounds the last stages and final demise of the badly deteriorated Cross Ledge Light.  Finally, in 1962, the USCG burned it down to the granite base -which is all that remains today – a sad ending for a once beautiful lighthouse!
POSTCARD ID: CP15211
PUBLISHER:  Published by Sandpiper Photos – Fortescue, NJ
©Photo by CAROLE REILY – “The Lighthouse Lady”
POSTMARK: None ~ Not used postally